iPhone 15 Update (What to expect next)

The iPhone 14 is an exciting addition to Apple’s smartphone series, including camera advancements and unique features like satellite connectivity and built-in traffic accident prevention. There’s also the iPhone 14 Pro series, which includes the first iPhone with a 48Mp camera, as well as Apple’s all-new Dynamic Island and always-on display technology

To be honest, there has never been a better moment to buy an iPhone – but it won’t stop Apple from working behind secrets at Apple Park on the next version of the iPhone.

When will the iPhone 15 be released?

Given the recent introduction of the iPhone 14, it should come as no surprise that the iPhone 15 is still some time away. Because Apple updates its iPhone portfolio regularly, we may expect the iPhone to launch in 2023. With that in mind, it’s reasonable to believe the iPhone 15 series will be launched in September 2023 – though we’ll update this section if we learn otherwise in the meantime.

How much will the iPhone 15 cost?

While the iPhone 14 range matched the pricing of the iPhone 13 range in the US, the same can’t be said in regions like the UK where the standard iPhone 14 is £70 more expensive, and the iPhone 14 Pro comes in at an extra £150 compared to last year.

The question is, should we expect the same with the iPhone 15? Of course, it’s far too early to say for sure, but Apple tends to keep the pricing at the same rough level – though currency fluctuations could see price increases like those in the UK this year.

For context, here’s how much the iPhone 14 range costs, and we expect the iPhone 15 range to cost a similar amount:

Of course, it’s early days, and Apple’s price plans may alter between now and the smartphone’s final launch, so we’ll update this section as soon as we learn more.

What to expect from the iPhone 15

While we’re still quite some time away from seeing the next generation iPhone, that hasn’t stopped the ol’ rumour mill from churning. In fact, if early rumours are to be believed, there could be some big changes in store for the entire iPhone 15 line-up.

Dynamic Island for all

The Dynamic Island – that is, the redesigned Face ID cut-out – of the iPhone 14 Pro is easily one of its stand-out features, but it might not be a Pro exclusive for long.

While the iPhone 14 Pro and iPhone 14 Pro Max sport the same feature set, that hasn’t always been the case. In fact, up until the release of the iPhone 13 Pro range, there were minor differences in Apple’s Pro smartphone collection.

Much in the same way that the 12.9in iPad Pro boasts slightly more premium features than the 11 model, the Pro Max model of iPhone has traditionally offered slightly better specs, usually in the camera department.

Is there an iPhone 15 coming out? 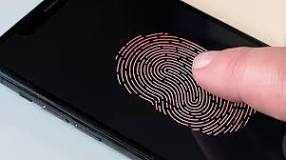 The “iPhone 15” won’t launch until the fall of 2023, but rumours are already circulating about the future product. It could introduce Dynamic Island to every iPhone model rather than just pro devices. Also, Apple is expected to use USB-C instead of Lightning.

You can enjoy watching movies or playing games on the Apple iPhone 16 as it might feature 6.3 inches (16.02 cm) display with a resolution of 1170 x 2532 Pixels.
I have explained everything in simple words I hope you love this article!
What do you think  drop in comments, and don’t forget to see more TECH
related informational articles on my WEBSITE“
Share. Facebook Twitter Pinterest LinkedIn Tumblr WhatsApp Email
Previous ArticleHonor 70: Things you need to know
Next Article Is iPhone 11 waterproof 100% useful information

How to write a technical blog

How to Find Drafts on Twitter Mobile and Desktop – Updated

How to write a technical blog

How to Find Drafts on Twitter Mobile and Desktop – Updated

Get the latest creative news from Sajid Blogging.